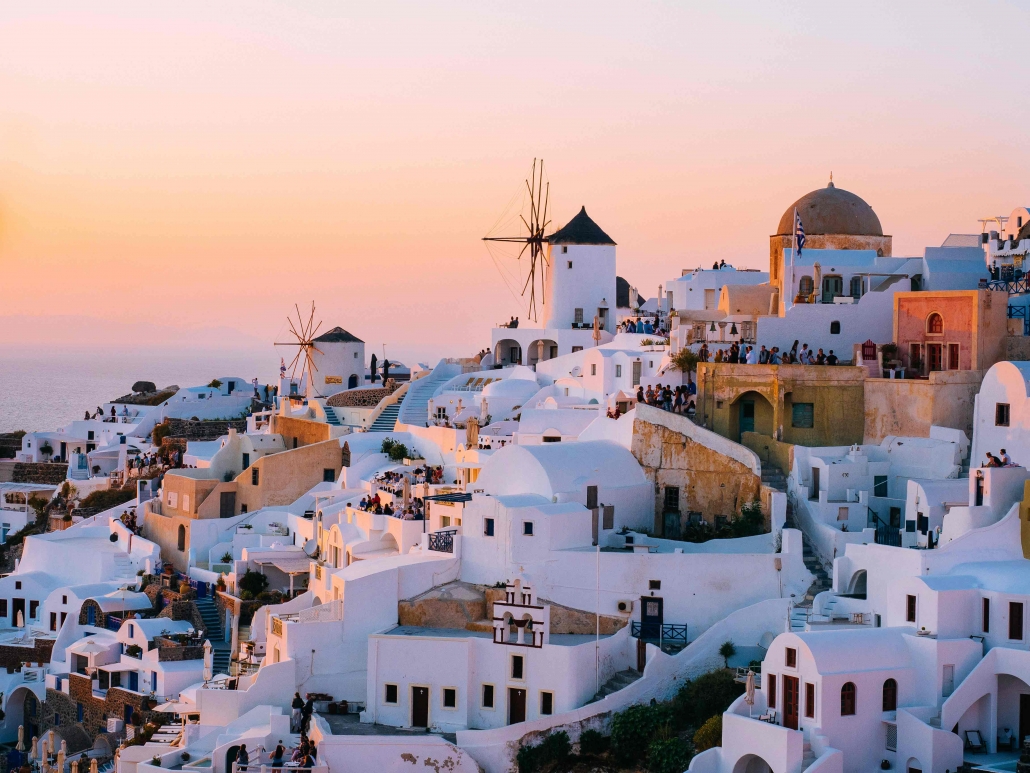 Join the locals topping up golden tans at sandy Psarou Beach, which is so popular with the holidaying jet-set, there’s a waiting list for sun loungers in August.

If you like your beaches red and rugged, you’ll be a big fan of Red Beach, whose vividly hued sand earns the beach its name. To get to the water, you’ll need to clamber over a rocky, hilly path for about 10 minutes, meaning you’ll have more than earned your cooling dip.

Want to sunbathe on a beach shaped liked the Greek letter omega? Look no further than Voidokilia, whose sand dunes form a semicircular strip, guarded by the Old Frankish castle (Palaiokastro) and the cave of King Nestor.

At the foot of two mountains, Myrtos’ bleached white marble pebbles stretch along the coast for a mile and a half, making for one of Greece’s most dramatic seaside settings.

Seen at the right time of day, Elafonisi’s white sand takes on a blush-pink coral hue from crushed seashells; the pristine, milky blue waters are equally gawp-worthy. While you’re in Crete, visit Balos beach and lagoon: one of Greece’s most Insta-worthy spots.

Ammouliani Island on the Mount Athos Gulf of Halkidiki is green and verdant, home to flourishing olive plantations and some incredible beaches, including Alikes, Agios Georgios, Megali Ammos and Karagatsia.

Glamorous Grace Mykonos is right by Agios Stefanos beach, so there’s a good chance you’ll get no further than a horizontal position on this chilled-out curve of coastline (although Mykonos Town is only a five-minute stroll away). It’s worth spending some time at the hotel’s glittering, ocean-spying pool too, especially since helpful staff hand out iced towels and frozen fruit shots to committed sun-worshippers.